The 7th edition of the Travel Agents Cup has been launched!

With over 160 participating travel agents and an audience of 400 on the day of the final, this ITFM Top Resa flagship event hosted by Sophie Jovillard is becoming a huge hit!

A great opportunity for travel agents to challenge themselves

“This adventure was a wonderful experience that I hope all travel agents get a chance to take part in,” says Arnaud Levet, winner of the 2018 edition. “Speaking alone with a mic in front of a jury of professionals in the packed Arena of the ITFM Top Resa show, without questions and answers like you usually get with customers, is a unique experience and a real challenge that helped boost my confidence. From a professional standpoint, the unconditional support of my colleagues, seeing the joy of my agency manager and pride of my company President, Yves Verdié, were the greatest rewards of all. Being THE best travel agent in France has also given me greater visibility with our suppliers and helped expand my professional network. An article that appeared in the Midi Libre, which covers the region where my agency is located even helped us attract new customers. In other words, the win had an impact well beyond IFTM Top Resa.” 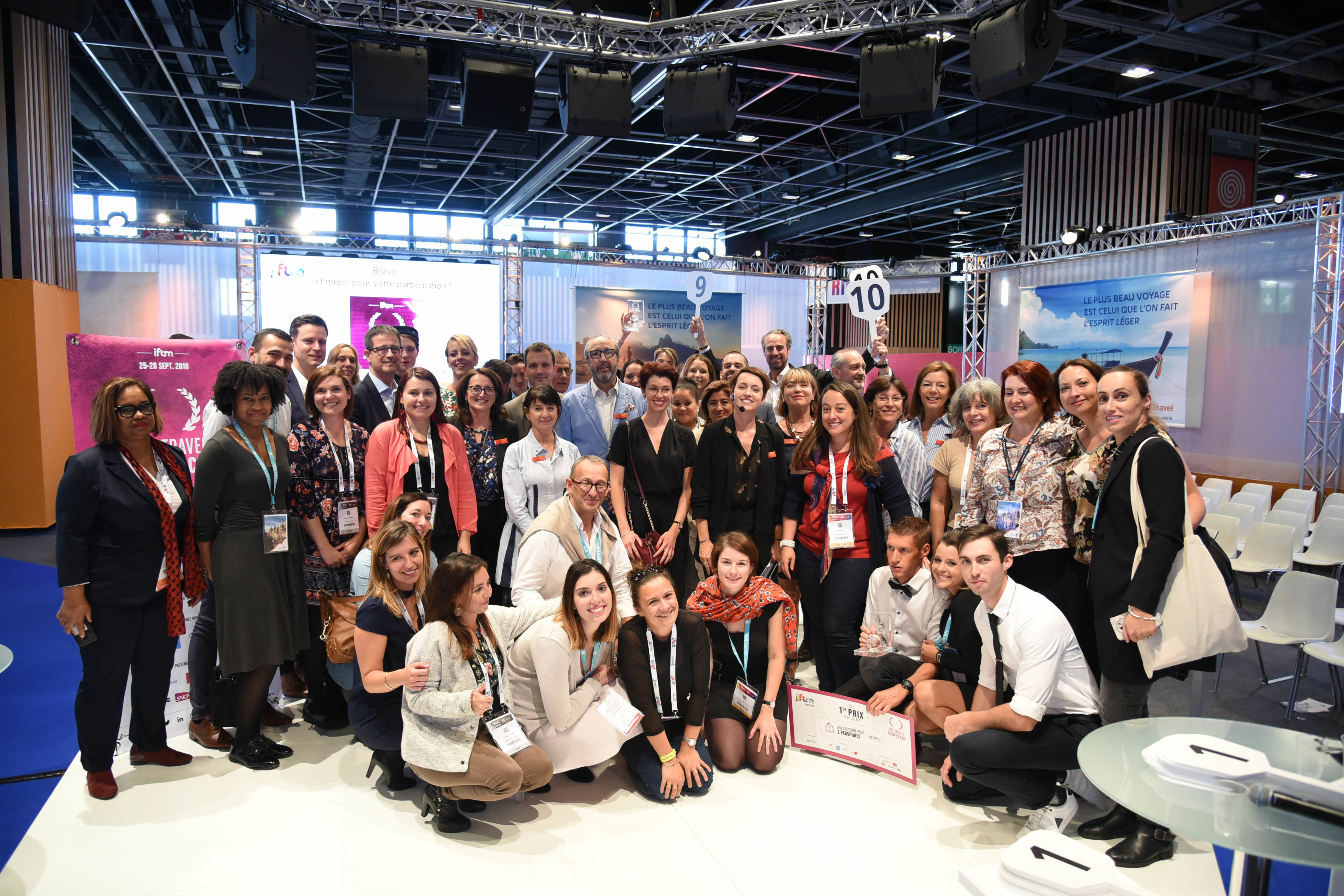 5 trips are up for grabs for the best travel scenarios!

On the day of the final, five prizes are awarded at the trade show:

The winners win a trip for 2 worth at least €3,000 for first place and €2,000 for the other prizes, including accommodation and transportation.

Panel of judges
Travel industry events: a final every day at IFTM!

With events that bring people together like the Start-up Contest, which recognises innovative tourism companies, the Hackathon, where teams of engineers and developers go head to head in a 24-hour non-stop competition at the trade show to come up with creative solutions, the Travel Agents Cup, which awards the best travel agent in France, and the Travel Agents Cup Junior, for the best up-and-coming agents selling France as a destination, the goal of IFTM Top Resa is to showcase expertise from across the industry.

To find out more or see the 2018 winners, photos and videos, go to
https://www.iftm.fr/fr-fr/programme/evenements.html#Travel_Agents_Cup
​