In 2019, Wonderful Indonesia is the IFTM Top Resa Country of Honour for the second year running.
This new “spotlight” feature created for the trade show’s 40th anniversary enabled Indonesia to maintain the buzz on the French market and generated industry-wide interest for travel to the country.

The French public won over by the “10 new Bali’s”
The perception of tourism professionals regarding the largest archipelago in the world with its 17,000 islands spread along 5,300km has changed significantly over recent years. Its rich diversity and multiple possibilities have turned it into a real playground for French tourism operators and distributors.
The industry’s enthusiasm has spurred a continued increase in the number of French travellers to Indonesia, with growth at over 5% in 2018, the strongest in Europe. From June to September 2018, there were more French visitors than from any other European country. And for the first half of 2018, Indonesia joined the top 10 long-haul destinations booked by French travellers (source EDV).

The Indonesian Ministry of Tourism considers French people to be select visitors.
French visitors stay longer (12 to 14 day stay on average) than their European neighbours, and enjoy combining culture, breathtaking landscapes and intimate beaches. With an average budget of €2,000, they spend 10 to 15% more than German and British travellers, who are more interested in staying in one place, particularly Bali. French travellers are also more likely to become repeat visitors to Indonesia over the next two years.

Tourism professionals, an effective marketing strategy for the Indonesia Tourism Board.
In 2016, Eka Moncarré understood the potential of the French market and decided to use the know-how of its operators, and sales skills of its distributors. She successfully shifted the perception of her destination through communication, training and events for travel industry professionals. 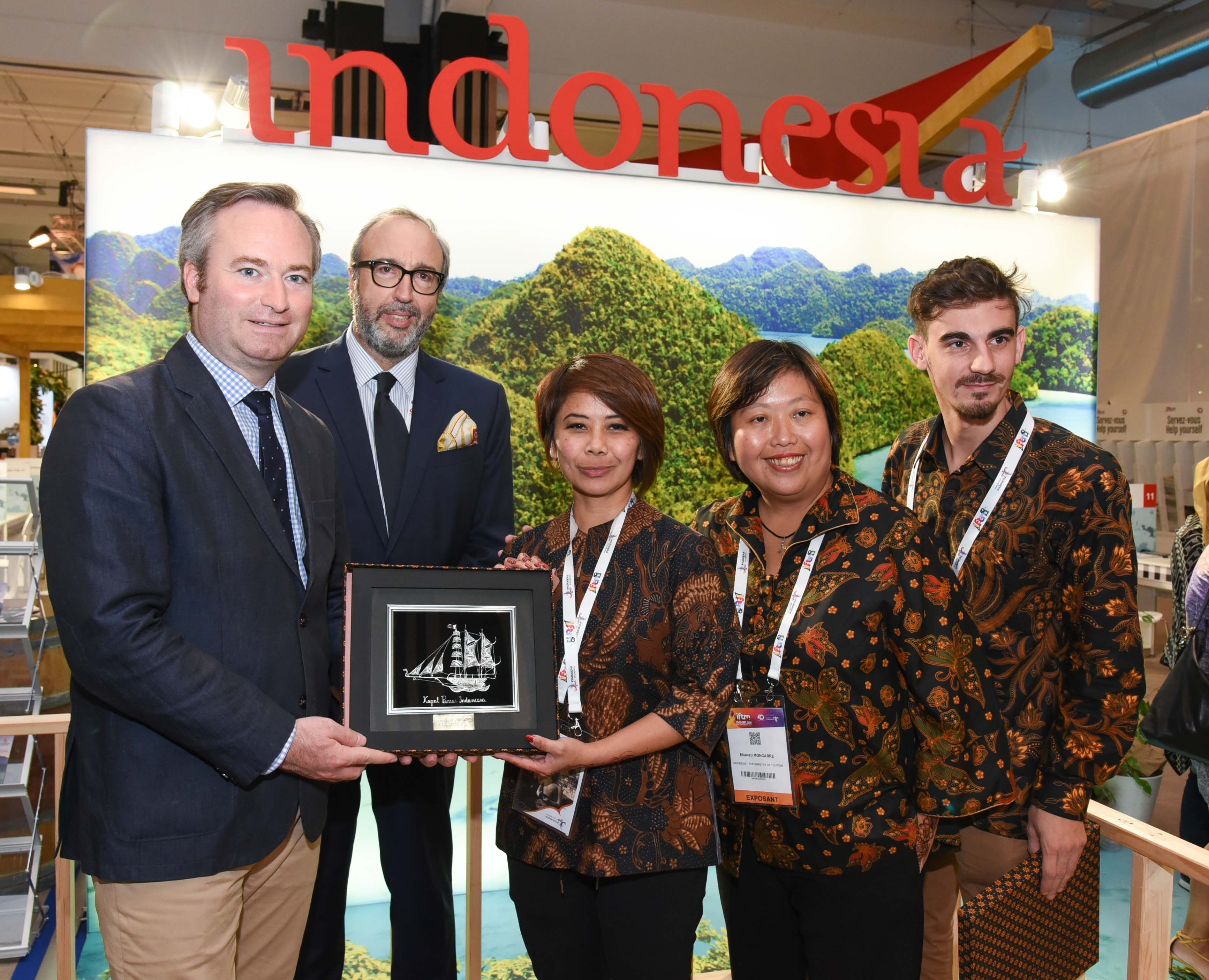 September 2018, Wonderful Indonesia stand at the IFTM trade show during the visit of Jean-Baptiste Lemoyne, Secretary of State for the Ministry for Europe and Foreign Affairs, together with Frédéric Lorin, Director of Tourism for Reed Expositions France and
Eka Moncarré, Country Manager for the Indonesian Tourism Board in France. 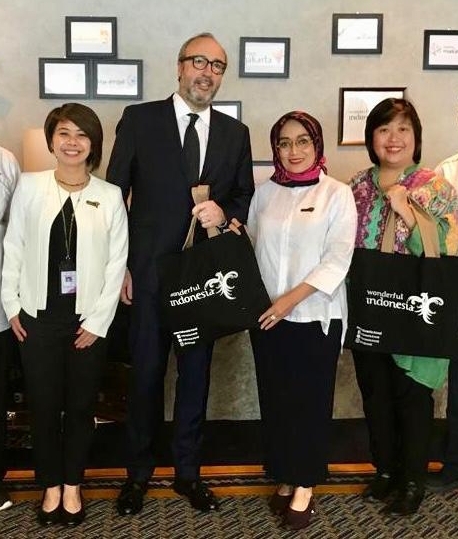 November 2018, Frédéric Lorin on an official visit to Indonesia with Ibu Nia, Indonesian Deputy Minister of Tourism and her teams,
together with Eka Moncarré.

Frédéric Lorin, Director of Tourism for Reed Expositions France says: “After our rich partnership with Wonderful Indonesia last year and its dynamic representative in France, Eka Moncarré, I wanted to strengthen the connection by going to Indonesia and meeting the main tourism players. I enjoyed speaking with Indonesia’s Deputy Minister of Tourism, Ibu Nia, her teams, and a whole host of hotel and incoming tourism professionals in Indonesia. All of them were keen to build on and strengthen this partnership in order to increase the reputation and growth of their destination in France.This is a great testament to IFTM Top Resa’s expertise and its influence on international markets.”

Eka Moncarré, Country Manager of the Indonesian Tourism Board in France, adds: “IFTM Top Resa 2018 was a fantastic way to promote Indonesia.Being Country of Honour generated a lot of interest in Indonesia throughout the year, which was one of our goals.Wonderful Indonesia puts a lot of emphasis on training sales staff, which is why IFTM Top Resa is the only trade show we attend in France.We have high expectations for 2019.Being IFTM Top Resa Country of Honour again is a wonderful opportunity for our destination and we hope to maintain this promotional dynamic and attract ever-increasing numbers of French travellers.Wonderful Indonesia is ready to go again, with its first roadshow in Lyon and Paris on 11 and 12 March 2019.”

About RX - RX is in the business of building businesses for individuals, communities and organisations. We elevate the power of face-to-face events by combining data and digital products to help customers learn about markets, source products and complete transactions at over 400 events in 22 countries across 43 industry sectors.

RX is passionate about making a positive impact on society and is fully committed to creating an inclusive work environment for all our people.

RX is part of RELX, a global provider of information-based analytics and decision tools for professional and business customers. www.rxglobal.com

*Organised by Safi, a subsidiary of Reed Expositions and Ateliers d'Art de France

About RELX - RELX is a global provider of information-based analytics and decision tools for professional and business customers. The Group serves customers in more than 180 countries and has offices in about 40 countries. It employs over 33,000 people, of whom almost half are in North America. The shares of RELX PLC, the parent company, are traded on the London, Amsterdam and New York Stock Exchanges using the following ticker symbols: London: REL; Amsterdam: REN; New York: RELX. The market capitalisation is approximately £33bn, €39bn, $47bn.* *Note: Current market capitalisation can be found at http://www.relx.com/investors