89.4 million international tourists visited France in 2018, up by 3% from 2017. With 50 million visitors, the Paris region broke its own record for the number of tourists for the second year in a row. France is therefore the world’s leading tourist destination, ahead of Spain (81.8 million), the United States (76.9 million) and China (60.7 million). These visitors also generated a staggering 56.2 billion in income (i.e. just as much as exports in the aviation sector), up by 5%. This performance stems heavily from growing numbers of tourists from Asia (up by 7.4%), particularly from India (+16%) and Japan (+11%). However, European clientele remains by far the leading source of tourists (79%).
According to the latest figures from the French Directorate-General for Enterprise (DGE), tourism accounts for 7.2% of France’s GDP, with 313,000 businesses and a total of 1.27 million full-time equivalent employees.

The “Destination France” space, among 12 other villages*, offers a more prominent place and better visibility for tourism in France. It includes tourism offices, local and regional councils, hospitality professionals, accommodation providers, coach operators, group operators, sites, attractions and more, and is for all tourism professionals in the leisure, business, MICE and group travel niche markets.
Destination France also features the Village des Autocaristes (Coach Operator Village), the Village de la Montagne (Mountain Village) and the trade show’s only hotel centre with chains, groups and independent operators.
IFTM Top Resa, in partnership with Bus & Car Group Tourism magazine invites all visitors to participate in events organised at the “Bistrot Escapade by Bus & Car”, under the huge Eiffel Tower standing in the middle of Destination France. Bistrot Escapade will host cities, départements, and regions so that they can present their upcoming and 2020 events to French and foreign professionals. 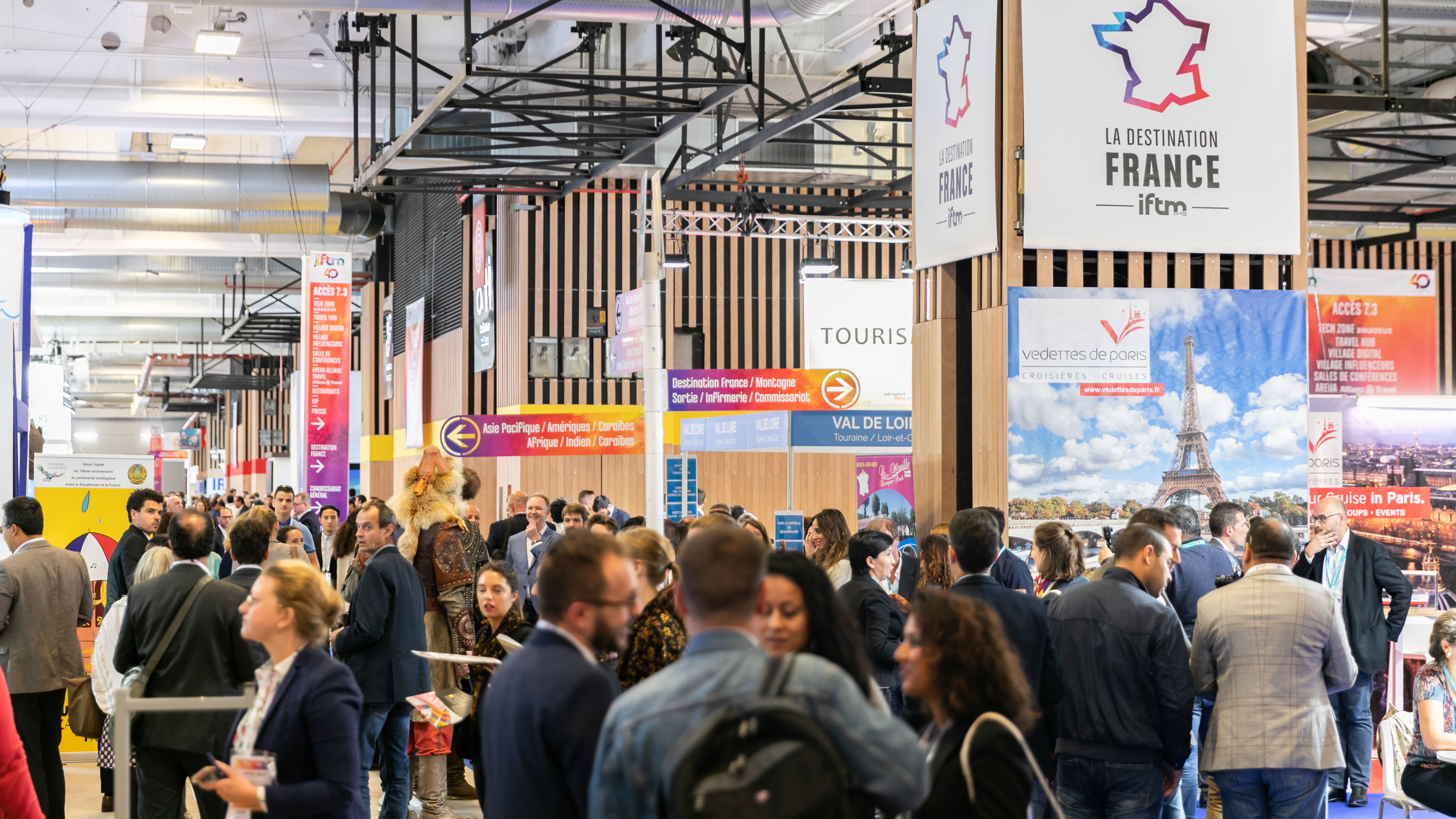 Second edition of the Assises Nationales du Tourisme de Groupe (National Group Tourism Conference)
This conference will take place on Wednesday 2 October from 3pm to 5pm in the Arena Room (360 seats) and will close with the traditional “Fédération Nationale des Transports de Voyageurs” (FNTV) cocktail party from 5pm to 6 pm in the Village des Autocaristes located near the Destination France village. The theme selected in cooperation with ATOUT FRANCE, FNTV, Destination Régions, Tourisme & Territoires and Offices de Tourisme de France is: “Group Tourism, the right deal”. The two one-hour sessions will each focus on concrete and unique initiatives for promoting the added value of group tourism when managed with forward-thinking and imagination.

In partnership with IFTM Top Resa and with the support of numerous exhibitors of Destination France, Bus & Car Group Tourism is creating a “Destination France Passport” for professionals who regularly organise group tourism in France (coach operators, group travel agencies, hospitality providers). This passport will provide them with a 24-hour invitation to Paris with one night included, giving them VIP access to the trade show and unique experiences during their stay in Paris, including accommodation, restaurants, shows and tours, etc.